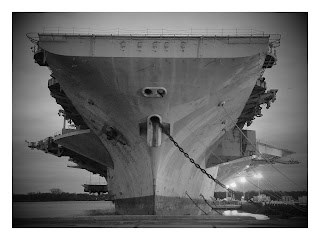 Street photoggin  in Philadelphia I'm  often out and about with my smartphone or trusted Canon DSLR ....
I don't post new BLOG entries often ...
So I'm highlighting shots taken over a period of time .
I was awestruck when I saw the mighty USS Kennedy dry docked at the Philadelphia Naval Yard one morning . 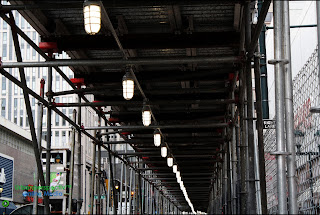 I took a shortcut ... through an Underground place .... beneath the city
as I slowly worked my way East towards the older section of the city known as Old City for its Colonial History 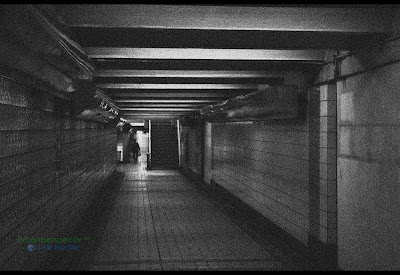 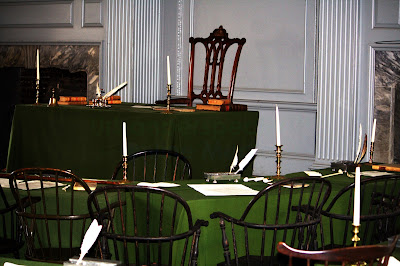 Once inside of  Independence Hall . I saw  "The Original Seat of Government" ........ George Washington sat in this very chair with it's unique sunrise/crescent symbol at the top of the chair .

.... and right across this room ..... The Accused stood here in this cage , often shackled to plead their innocence Before the Court .. 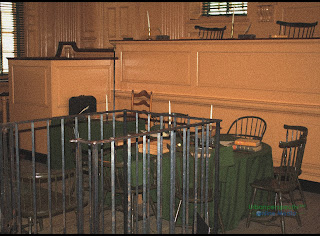 Just East of Independence Hall is the Bourse Building 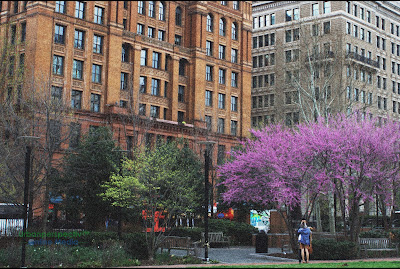 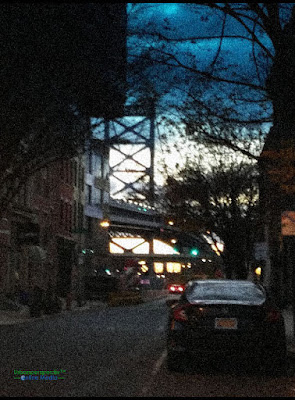 I was satisfied with the day's shoot ..... and switched into the digital realm via my smartphone
I play an augmented reality game called Ingress on there ... you have to physically visit certain
places in "real life" in order to do what you have to do in the Ingress game "digitally" 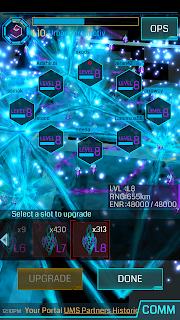 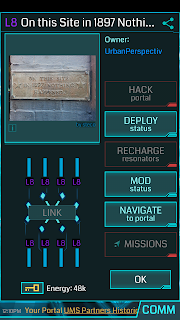 By chance .... I found this one on the game grid ....... and sure enough .. in "real life" there is a plaque with this inscription on it .
It is located in Old City Philadelphia along 3rd between Chestut & Market street
These plaques began appearing back in the 80's across the country and the world from what I would further research , however there is no clear explanation as to it's meaning or who is the original owner of this phrase or plaques.
There are some derivations of the year indicated on the plaque , but for the most part they mostly specify 1897
To give you an idea of how obscure this plaque is , the one that is located in Philadelphia , I took some pics from wider angles 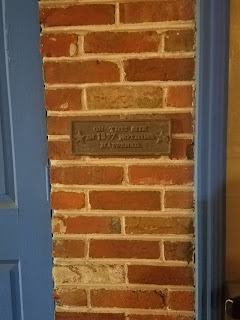 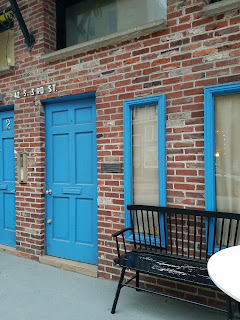 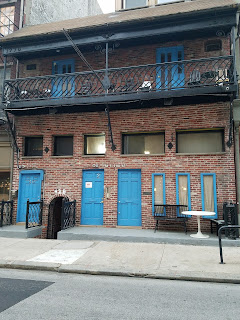 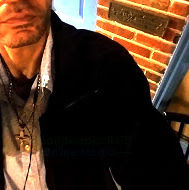 In honor of my great grandmother who was born this very year 1897 A.D.  and whose lifelong membership of the United Methodist Church , its  traditions and teachings through whom I have nurtured my own Faith
This selfie testifies that Jesus Christ of Nazareth IS Always Present Here

(Matthew 24:35)
Heaven and earth will disappear, but my words will never disappear.

The following passages of Scripture are read and cited here at this site and place  :
( Luke 1: 45 ) "And blessed is she who believed that there would be a fulfillment of what had been spoken to her by the Lord."

(John 11 : 25-26) Jesus said unto her, I am the resurrection, and the life: he that believeth in me, though he were dead, yet shall he live: 26And whosoever liveth and believeth in me shall never die. Believest thou this?27She saith unto him, Yea, Lord: I believe that thou art the Christ, the Son of God, which should come into the world.

Behold, I send you out as sheep in the midst of wolves.Therefore be wise as serpents and harmless as doves #Gospel https://t.co/T97yPtcyP4 pic.twitter.com/MR13PJiyUt
— UrBanPerspectiV ™ (@urbanperspectiv) October 22, 2016


(Matthew 22:46) And no one was able to answer him a word, nor from that day did anyone dare to ask him any more questions.

Great, lovely pictures. Thanks.
Me

Hello There. I found your blog using msn. This is a very well written article.
I'll be sure to bookmark it and return to read more of your useful info.
Thanks for the post. I'll certainly return.