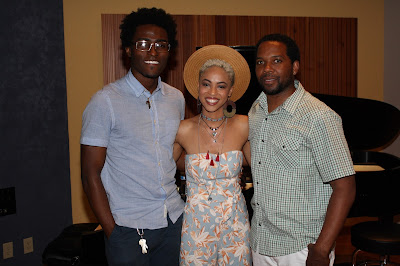 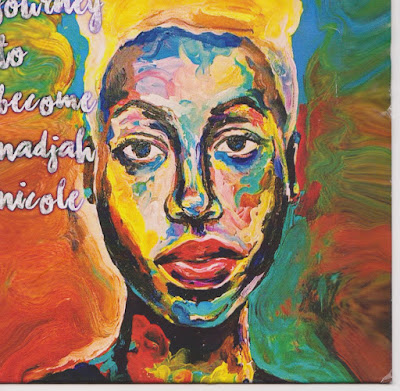 Nadj is wasting no time promoting her debut EP ..& held a CD listening party at
FORGE RECORDING
where her EP was also recorded

We were also treated to an another  forthcoming single titled "And I "  &  she reflected upon her music career & life in general, since her stunning performance on    Season 9 of NBC The Voice .   .. ...
Nadj has really come into her own with this EP release!! She delivers powerful vocal performances on each of her tracks ..... NO AUTO TONE !
There are two spoken word poems ... Music is Life ... which has a neo soul rhythmic flavor to it ... & Spirit ... which I must say is Nadj's own testimony to GOD & definately a Must listen to!
The awesome & talented "Ismail" plays guitar on all tracks....
She is also backed up by background singers Abraham Todd
Jasmine Johnson & BriaMarie
Grammy Award Producer Carvin Haggins  produced all tracks ....
and Nadjah ALWAYS lovingly thanks Executive Producers (her parents) Wayne L Pennington & Khimula Taylor
Please see EP for additional credits not listed
Official Release Date
June 10 2016 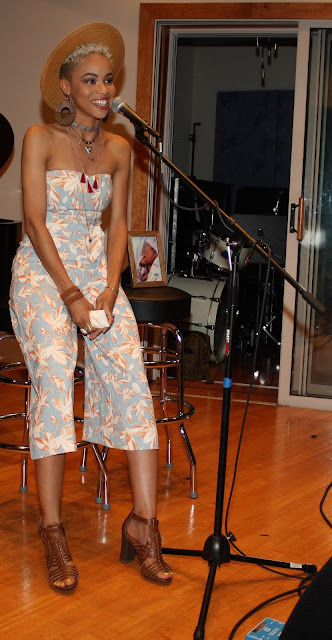 I asked Nadj if it was OK to Periscope ..... which she eagerly agreed .... Unfortunately the (mobile) connection was too slow for a "smooth" broadcast ....
However..... the one minute or so I was able to broadcast .... you can still hear a good audio clip of her acoustic version of "King Son"  from that evening
(if you don't have the Periscope app .... you can still watch this brief video by clicking on the time stamp in the tweet ) : 8:16PM 03JUN2016

Posted by UrbanPer$pectiV BLOG : at 8:00 AM No comments: