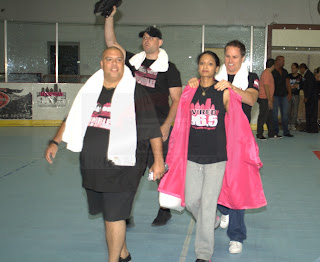 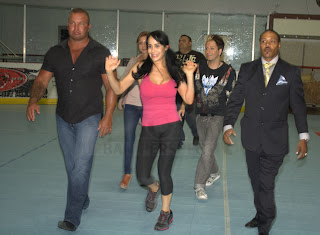 Octomom came out swinging and injured Shila's finger early on in the first round. 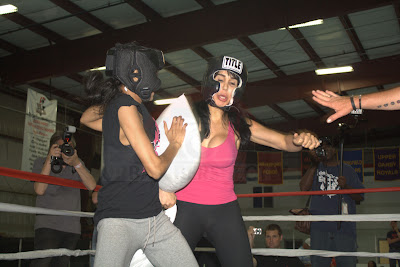 It became a one handed pillow fight after that with Octomom landing more than just a pillow during the fight.
When all was said n done though..... the fight ended in a draw!! 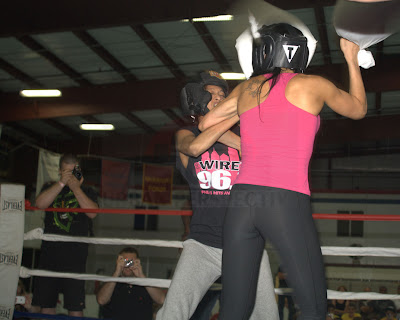 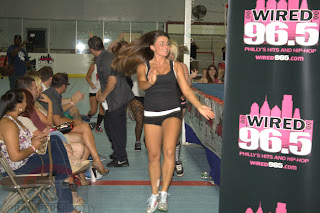 There were also several undercards, and a new Pillow Fight Champion was crowned ! 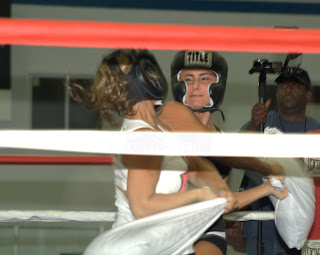 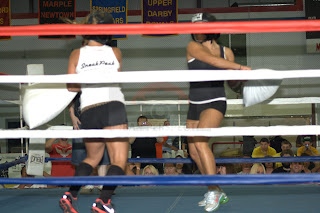 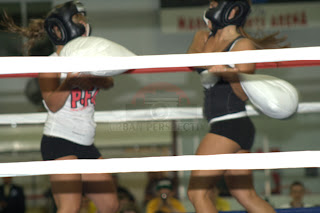 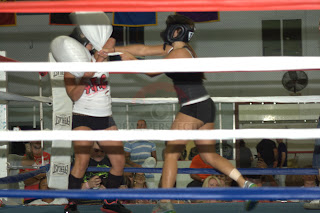 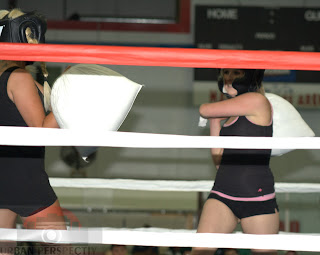 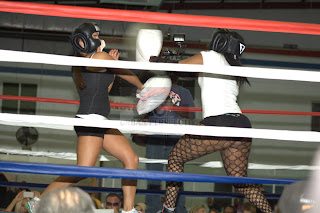 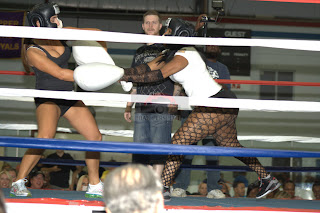 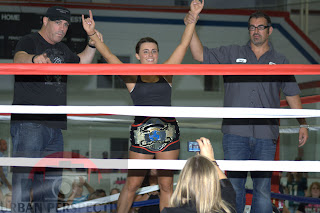 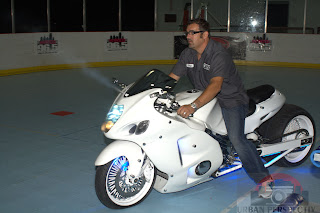